I have been having problems with synergy client (synergyc) since upgrading to hardy. The mouse and keyboard stutter, at what seems random intervals. There is a bug filed, and the current work around is to run synergyc as root.

I normally have an icon short cut to synergyc on my toolbar. I changed this to run sudo synergyc, not forgetting to change the run type from Application to Application in Terminal so you can enter the root password when prompted. The terminal window disappears after entering the password so it’s not a very irritating workaround. 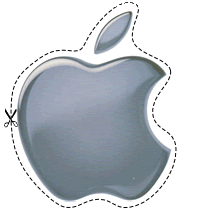 Last week, Apple chose in “Microsoft style” to enforce all users that have ITunes / quicktime installed on their windows machine to as default install the latest version of Apple’s Safari browser as part of the latest updates. The more humorous part of this ordeal, not with standing having the browser forced upon you was the amendment to to license agreement, that the software can only be used on “a single Apple-labeled computer at a time”.

To ensure that all you windows users, still comply with the license agreement for Safari, even though you don’t actually want it I have created the Apple Safari License Compliance Kit.

I still can’t quite believe this worked, on the 8th of May 2006, I was browsing around The Hague in google earth, trying to work out where I lived when I was seconded over there for 6 months whilst working at shell. Whilst there, I spent a lot of time with a colleague called Erik, whom I lost touch with after both he and I left Shell.  So I thought I would try something, working on the basis that people look at the past places they have been and lived, stuck a google earth community pin on top of where I remembered his house, asking if he still lived there and he could contact me via lummie.co.uk.

Yesterday, I got a comment on my web site from Erik, and he left his email address, so we are now in contact again after some 13 or 14 years.  I look forward to finding out what he has been up to, especially as he has now moved to Brooklyn, if it was not for google earth I probably would not have been able to contact him.

Result… Thanks Erik for taking the time to contact me.

Whilst browsing the net today in search of progress of the 1.1.3 jailbreak I came across a site with various comments from people wishing to downgrade after mistakenly upgrading to 1.1.3. On this site was a comment from a guy who’s brother works at apple. Well would you believe it, apple are loosing money and their share price has dropped $10 because of the jailbreak.

I fail to see how they can be loosing money. If anything they are making more money as they have realised that people want to use their touch for more than music so they are making 20$ from upgrades to get the basic iPhone apps. So they are quids in there. If there was not a jailbreak apple would not have seen the demand for the iPhone apps on the touch and realised they could make some more money.

Apple are just another microsoft produce something with great potential then do everything they can to duck it up justso they can make a little more money. As far as I am concerned paying £200 for an iPod is sufficient money to pay apple. I mean everybody i know has one if not more than one. Is that not enough apple?

So I wish all my success to the jailbreak team, crack 1.1.3.

my friend was “patching” his iPod touch up to 1.1.2 the other day. He had failed to patch correctly and had upgraded to 1.1.2 and lost, the nice enhacements to 1.1.1 that he had installed. So the procedure is to rollback to 1.1.1. However he was running on the mac and the latest version of iTunes was installed. When he selected the 1.1.1 ipod touch flash image iTunes promptly notified him of an error and deleted the 1.1.1 firmware off the disk, which was a bit rude. From this I guess iTunes now checks the firmware’s crc to see if it is the version with the tiff vulnerabillity in as I heard rumours they have patched the 1.1.1 firmware. So take a leaf grab the 1.1.1, 1.1.2 firmwares and an old copy of iTunes and archive as soon as possible.

Christmas day is full of surprises and this years was finding a joke in my cracker that I think is the all time best Xmas joke.

What is the most common wine at Christmas dinner?

Santa was nice enough to drop off an iPod touch this Xmas. So far I am over the moon. As the purchased device its a mp3 player with a web browser and some eye candy for searching albums, but after jail breaking this beauty it comes into its own. Its a PDA on steroids. After a bit of searching I even managed to get it mounting under Linux mint using sshfs so I can now sync it with amarok so no need for Itunes at all.
Favourites apps so far are: IMAP email client, rss reader, etchasketch (where you shake it to clear like the real thing)
I wish safari mobile had flash support and I am still looking for a nice off line blog writer for wordpress.

Oh and it will play videos through the sat nab screen on my impreza… Now that’s mint.

After having a look at PCLinux OS then the latest Linux Mint KDE edition, I came to the conclusion I don’t like KDE.  I know there is a lot of discussions about kde and gnome, but in my opinion it does not look as clean, the file managers, dolphin and konquerer just don’t cut the mustard for me.  I know kde is “more configurable” as they say, and does some nifty things like having amorak plugins to the file manager so it’s always at hand, but I just think the whole thing looks more cluttered and after several attempts could not get the font rendering to look any good.  It’s all a matter of personal preference….

I finally settled on Linux Mint (Gnome version) which has all the benefits of ubuntu, which I used for several months but has some nice enhancements.  The Mint Menu is superb. It’s simple, uncluttered and allows you to have favourites. The inclusion of most codecs working out the box in mint also is a benefit and getting compiz going was the easiest process of all the distros.

If you are coming from windows and moving over to linux, I heartily recommend Linux Mint (not the KDE edition though it’s still a bit buggy).

A nice article on getting my ATI Mobility x1600 working under PCLinuxOS 2007.

Rails Documentation for the Working Developer