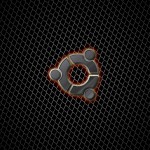 I was quite chuffed last night, I got a comment on my UFCS submission asking for permission for a guy to use the “wired” ubuntu logo on his credit card. Apparently Capitol One allow you to choose and image to put on the card.

I recently came across http://www.fontspace.com which IMHO is the best free font resource on the web, the planet, and possibly the whole universe… For years I have used GRSites.com as the place to get fonts, which does indeed have thousands. However GRsites only has navigation by font name and it has become slow and in comparison to fontspace in clumbersome.  Fontspace, not only tags each font, but you can choose the preview text and size tthat you want to the view fonts in.  Have a good look round and you’ll never want for a font again.

I read today in Linux Format that IBM are working with the US National Nuclear Security Administration to build a super computer with the following specs: 20 petaflops of processing power, 1.6 petabytes of memory and 1.6 million processing cores ! It will be 10 times more powerful than the current fastest super computer. I am all for super computers but working with the organisation responsible for the USAs nuclear defence is just silly in my book. Have they not seen the films? I am surprised the project is not called Skynet.

The fan on my Thecus N2100 is getting a bit noisy. I am sure it is starting to fail. Trying to get hold of a new one is a nightmare. However, I have eventually found a potential replacement at Maplin.co.uk. I will let you know if it all works.

UPDATE: The above fan from maplin.co.uk works a treat. Fits perfectly (had to tie up the cable to keep it neat and tidy as it is a bit long). It’s brushless, very quiet, has the right connector and works with the two speed settings in the thecus admin interface, even reporting the RPMs. It was a £8 gamble and it paid off 🙂

Again, I’m using VirtualBox to test this, I have a single OS drive with Ubuntu Server (intrepid) installed. I’ve added two 2gb virtual disk to it, which will be the starting point of the Raid5.  Most places on the net say you need at least 3 disks to run raid 5, but let’s see what happens.

The raid gets created! and we can monitor it with

When it has finished intitialising, create a file system on the raid array (ext3):

create a mount point (/raid) and mount it

df then reports it as having 2Gb free.  Both my VM drives sdb and sdc are 2Gb, so the assumption is it is simply mirroring the data in 2 drive mode.  This is exactly what we want, as when I get a new drive later on, I want to add it to the raid and see an increase in disk space.  So lets test that, shutdown my machine and add a new drive.

Add the drive to the array

Watch the progress with cat /proc/mdstat and when complete we can mount it. (adding the 2Gb took about 5 mniutes! eeek! to grow the array).

So let’s resize it:

Following on from my article on Setting up and Managing Raid1 on Ubuntu Server, I have been testing the raid using a VirtualBox VM.

Today, I took the VM, consisting of an OS drive (with Ubuntu Server installed) and 2 drives set up in raid 1 configuration and created a new OS drive, replacing the existing OS. The intention is to test inserting a new OS drive, re-installing the OS and getting the raid working again without loosing any data.

I installed the OS and installed mdadm as per the instructions in my previous post.

All commands are issued as root / sudo

So let’s see if can obtain any information about the raid, we’ll see what it knows about sdb1 which was part of the raid 1 with sdc1:

It successfully detects that the drive has a superblock and knows that it was part of a raid with /dev/sdc1. See the last two lines of the output.

So lets try to re-assemble the raid.

It responds saying /dev/md0 has been started.

So now we only need to create a mount point

We have successfully mounted the raid so let’s now put an entry in fstab so it mounts at startup.

Ordered a G1 today from T-Mobile. Although the web site has not been updated yet, you can get it on a reasonable tariff if you ring them.  I opted for the Combi £15 plus the obligatory £5 web’n’walk plus – On this tariff it only costs £99.99 upfront for the phone.

Options available according to the details they gave me were: 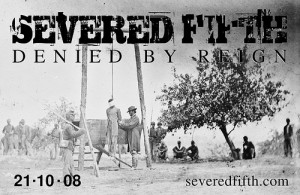 Jono, former LugRadio presenter has ventured into proving that the Music Industry’s current business model is not the model of the future.  He aims to prove that a band/musician, can utilise the marketing power of the internet, Creative Commons Sampling+ License, and a completely different revenue model and be successful.

Jono is Severed Fifth, “a music project designed to explore how far a musician can take his music with the new economics of the music industry.”

The first Album, “Denied by Reign” is available today, and I encourage you to download the album, listen and if you like what you hear, support Jono and as a thank you for his excellent contribution to the audio world buy something from his store. (I assume it will be up and
running on the release day, otherwise he’s made a mistake in his business model). 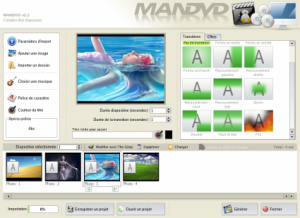 Found this absolute gem of a utility for Fedora and Debian based linux. ManDVD allows you to add avi’s, mpegs, divx, etc to a DVD project, create a Menu and build / write the DVD. The user interface is so easy to use, probably easier than some of the windows solutions out there. It’s free and it’s available on softpedia here and also on getDeb.net

For a full walkthrough and to see how easy it is, checkout the article at dvd-guides.